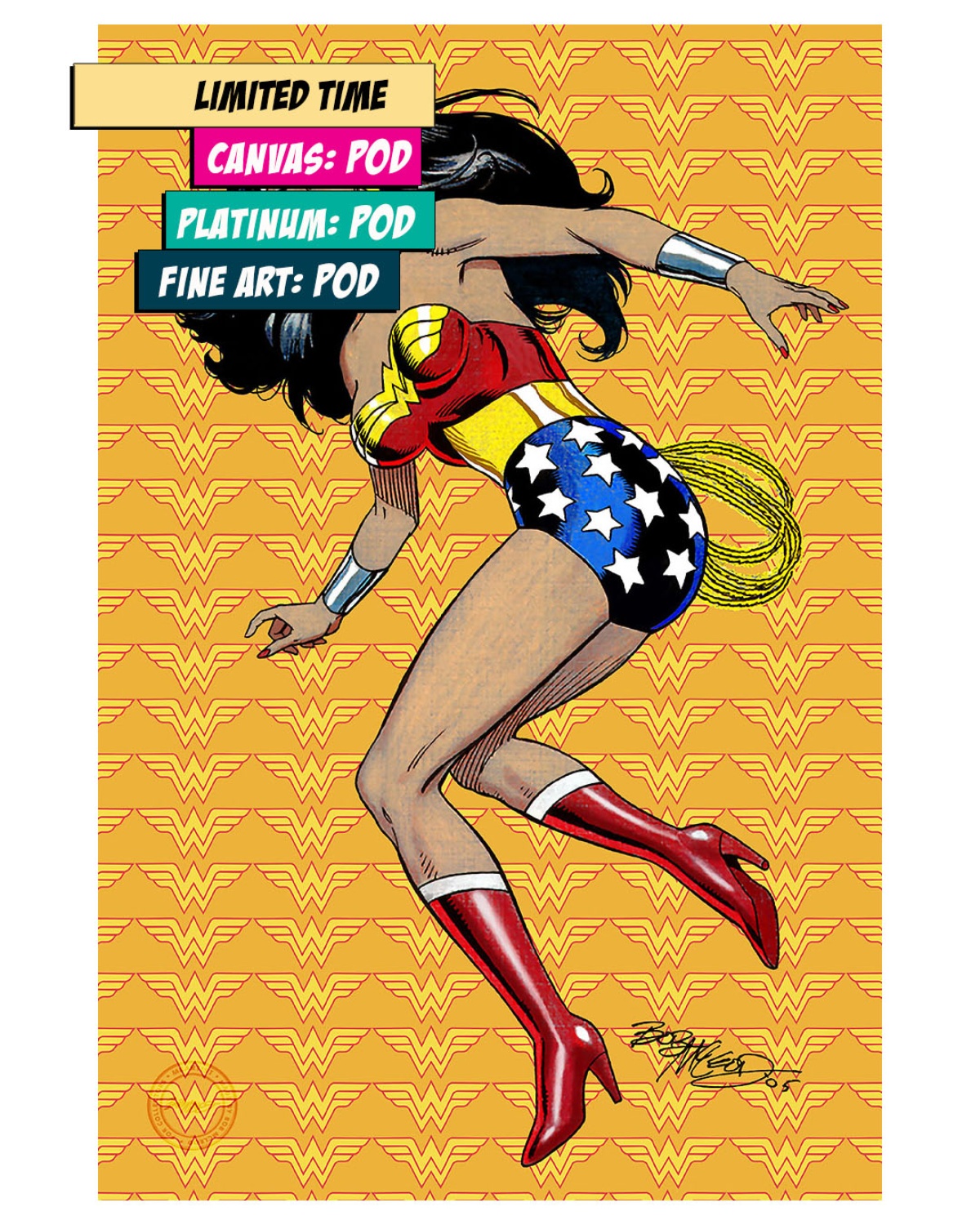 First appearing in All Star Comics #8 (October 1941), Wonder Woman was created by the American psychologist and writer William Moulton Marston and artist Harry G. Peter. A symbol of strength and leadership, as well as founding member of the Justice League, the DC Comics icon was inspired by early feminism. In her mythical homeland her official title is Princess Diana of Themyscira, while when mixing with the outside world she often takes the alias of Diana Prince. Her Amazon heritage is the basis for artist interpretation of larger stature and athletic tone. Wonder Woman’s powerful abilities are credited as a gift from the Greek god Zeus, and she possesses an arsenal of magical items, including the Lasso of Truth, to battle her foes.

"A commission request I originally sketched in permanent marker on the back cover of a fan’s hardbound collection of Wonder Woman comics. I realized I didn’t have a Wonder Woman in my portfolio at shows and so, I recreated the drawing and colored it in pencil crayons. I added the background and it became one of my first and few posters of Wonder Woman.” – Bob McLeod