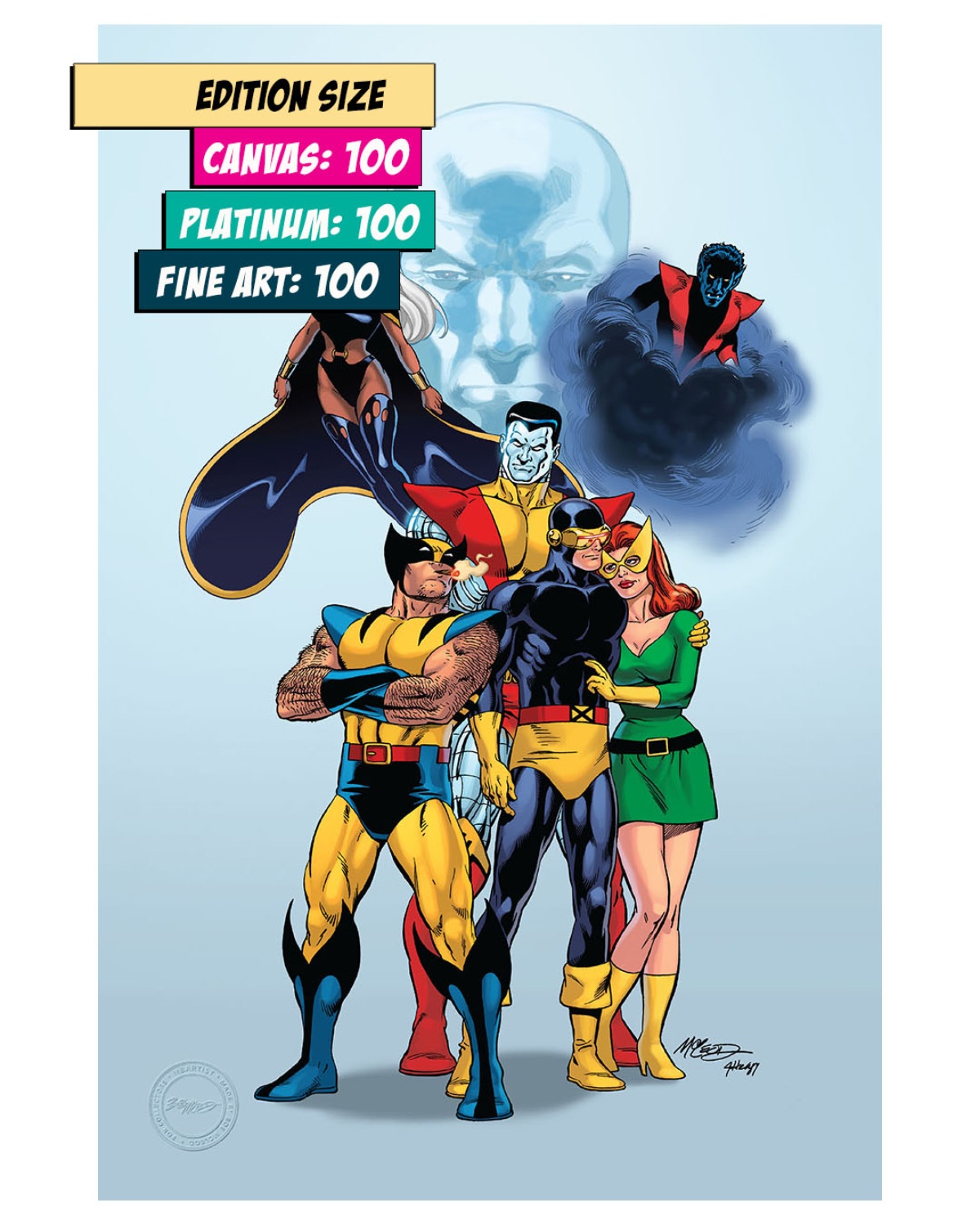 An artist exclusive from Marvel and Hall of Fame artist Bob McLeod featuring the Uncanny X-Men mutant family in a group portrait.

In September 1963 the X-Men comic book series was introduced by Stan Lee and Jack Kirby, including 5 original team members: Angel, Beast, Cyclops, Iceman and Marvel Girl, under the mentorship of teacher Charles Xavier. The series was re-launched in May 1975 with Giant-Size X-Men #1, by Len Wein and Dave Cockrum. A new team of international characters was introduced, including Cockrum’s creations Storm, Nightcrawler and Colossus. Cockrum teamed with writer Chris Claremont and together their stories nurtured and grew reader interest in the Uncanny X-Men (the rebranded title, October 1978), leading to a number of X-spinoffs including ‘The New Mutants,’ co-created by Bob McLeod and Chris Claremont.

Originally created in 2004, this print later became a tribute to artist Dave Cockrum. Dave was co-creator of X-Men characters Nightcrawler Storm and Colossus. He was a great designer for the new X-Men in the 1970s and early 80s. The original was donated for a fundraiser in his honor after his passing. – Bob McLeod