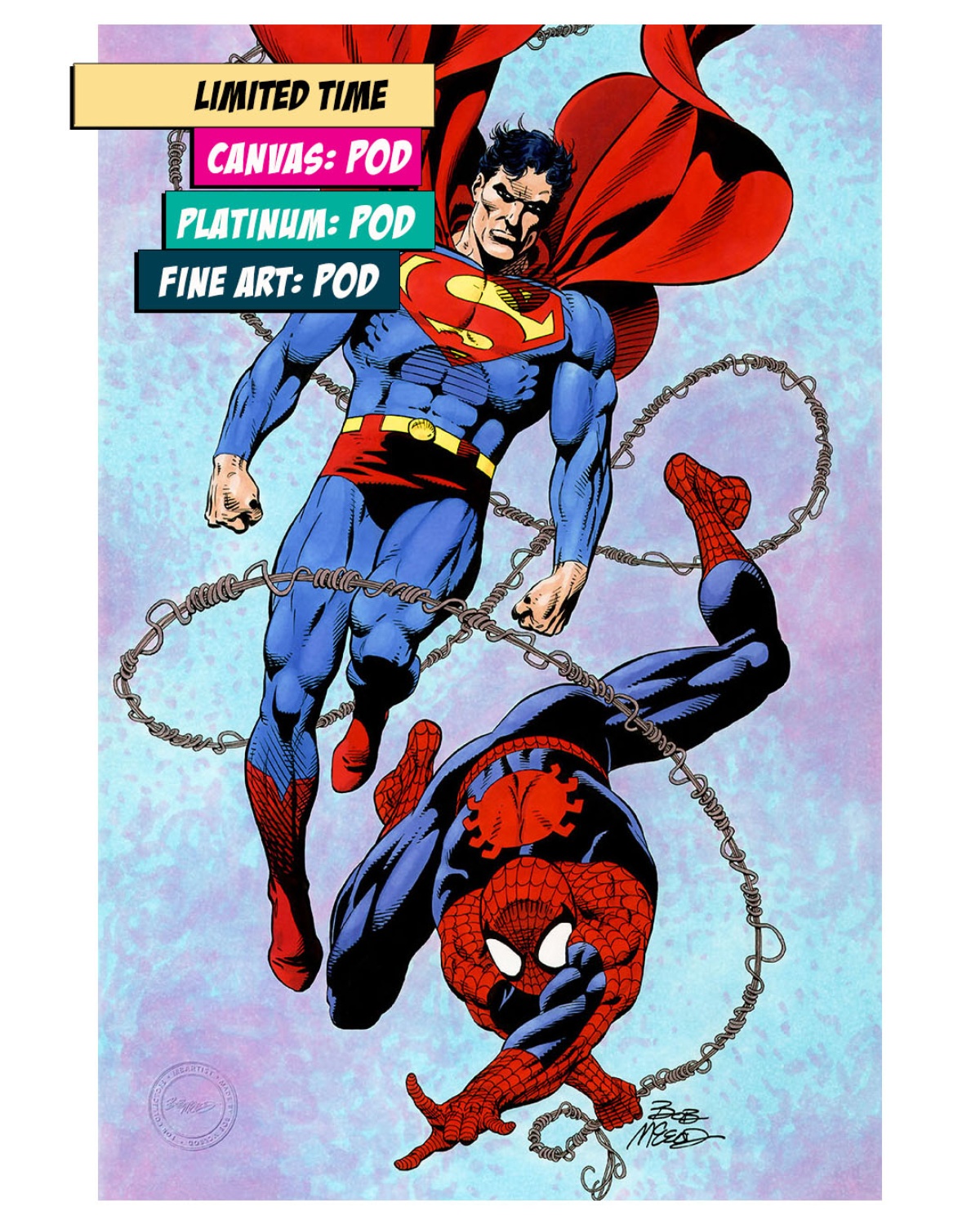 SPIDER-MAN, SUPERMAN TEAM-UP - from the archives of Bob McLeod
<p>A crossover of worlds and heroes, this super hero pin-up poster was originally created to promote a comic culture event&hellip;</p>
https://youtu.be/PJYq9DAPIm4

Eight years before the first cinematic Spider-Man would swing across the silver screen, Bob McLeod tapped the popularity of the Stan Lee/Steve Ditko created web slinging Marvel Comics character to promote an upcoming comic culture event alongside the iconic physic of another super powered hero dressed in blue and red, DC Comics’ Superman.

"In 1994 I created this print using permanent markers. The ‘90s wasn’t a time of my usual inking style. I created it to be a pin-up as part of a display at an event as I recall, a cross over of worlds and heroes. The original was later donated to the HeroesCon (Charlotte NC). – Bob McLeod

One of the longest running comic book conventions in North America, the Heroes Convention (HeroesCon) is scheduled for June each year in Charlotte, North Carolina since 1982.