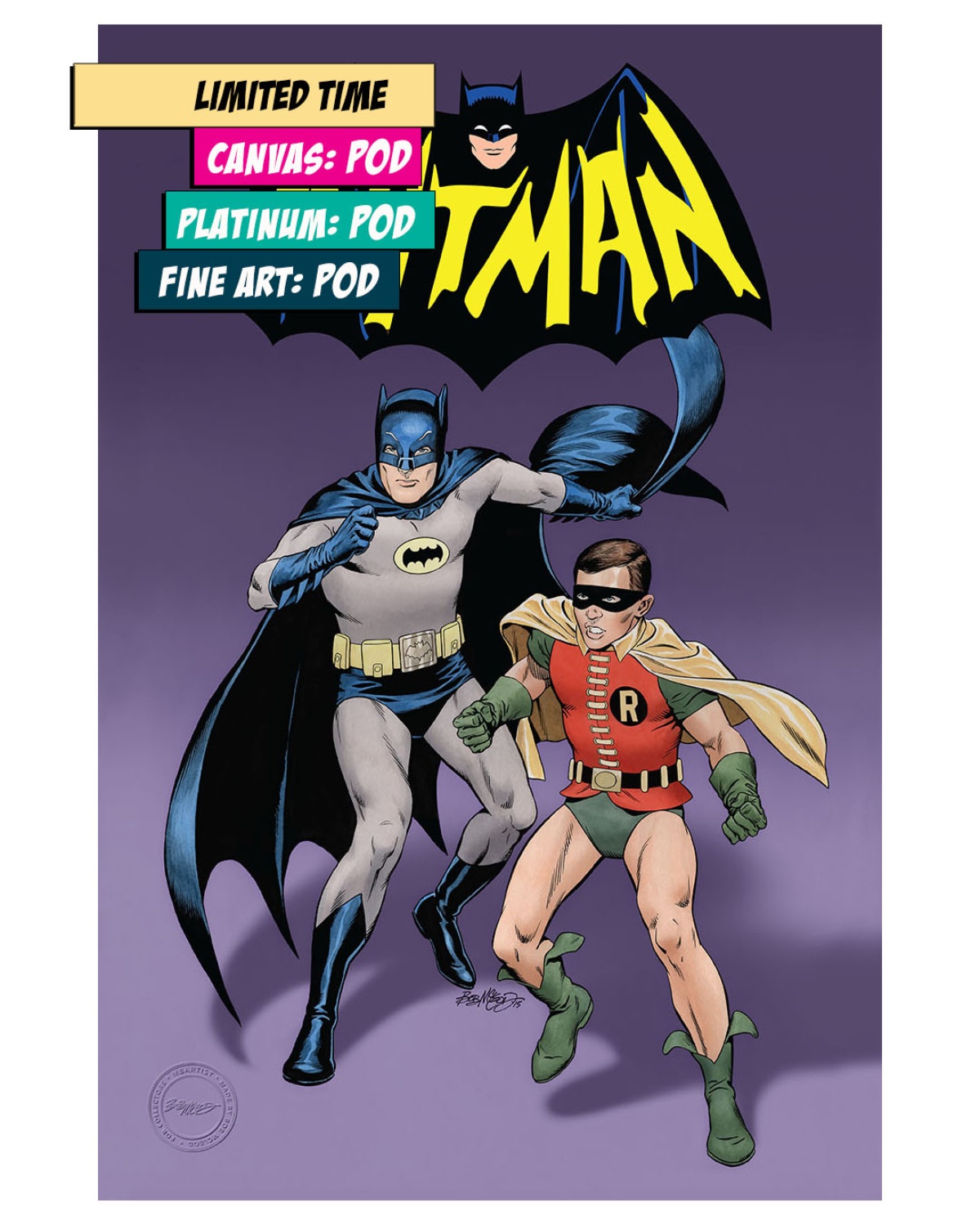 “I’m happy to pay tribute to Batman ‘66, a show that introduced many kids to the excitement and adventures of Batman stories.” – Bob McLeod

From the archive of Marvel and Hall of Fame artist Bob McLeod, a vintage style  pin-up poster of classic DC Comics heroes “Batman” and “Robin” in a style inspired by the 1960s live action television series.

Making its debut in January 1966, the “Batman” live action television series brought DC comic book characters Batman/Bruce Wayne and Robin/Dick Grayson into the living rooms of American homes with upbeat music and campy action and dialog. Actors Adam West and Burt Ward starred as the “Dynamic Duo”, respectively, and together solved mysteries and crimes while battling a rogue’s gallery of Gotham’s finest villains including the Joker, Riddler and Penguin.

"This was a large water color I created for a collector from Heritage Auctions who took the original to Adam West and Burt Ward for signatures. I’m happy to pay tribute to Batman ‘66, a show that introduced many other kids to the excitement and adventures of Batman stories.” – Bob McLeod